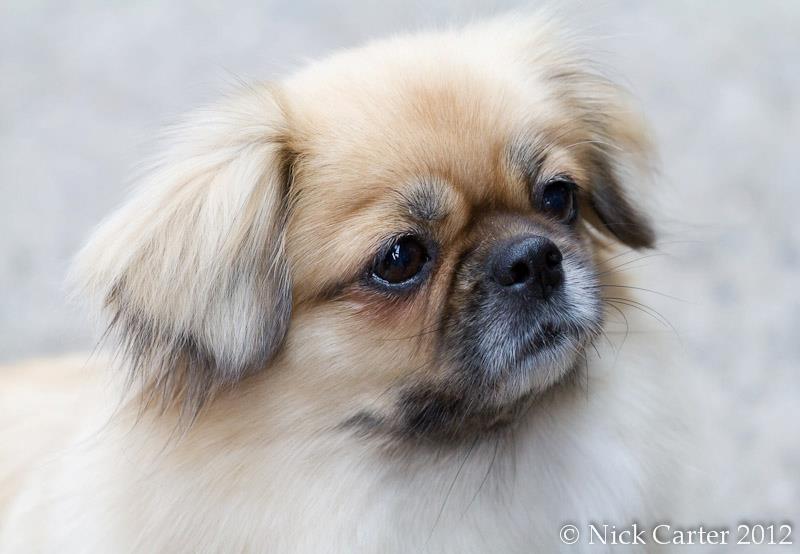 Rosie joined us at Chenrezi in 2005. She was bred by (and named after) the very talented breeder Rosie Campbell. Her dam was the exquisite Ch/Ir Ch Rosanley One Moment in Thyme and her sire Ch linsdown Kova. Right from the start it was clear that Rosie was a huge character! Very vocal in her demands, she had a sunny nature and never ever had a cross word for anyone, human or canine. But Rosie was not one to be ignored! She always got her own way, at shows she loved sitting on top of the crates, watching everyone walking by, convinced that they were all there to see her!

Rosie had a massive show career. She loved the attention of a judge and ringside looking at her!

Rosie’s favourite thing was being a Mum. She excelled at this, as she did with most things! She had three beautiful litters and her daughter Solitaire remains here at Chenrezi. Rosie and Solli were very close.

Sadly Rosie was taken too early, at age 9 when she suffered a pulmonary embolism and died in her sleep. It was a lovely way for her to go, peaceful and curled up in her favourite dog bed. But I don’t think I will ever get over the shock of finding her motionless body. She had been fit as a flea, in fact had won Best Veteran in Show just two weeks before she died. We miss you sweet girl.