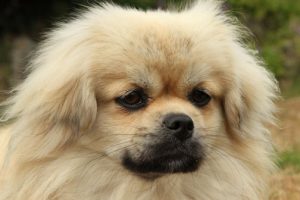 Jade is the daughter of one of my all time favourite girls, the very beautiful Int Ch Lobsang Kirti Kamini, owned and bred by our dear friend Vesna Sisko. Her sire is a stunning black & tan male from Norway, Ch Wildside Sabletann. Jade is a natural born showgirl, she just loves to strutt her stuff in the ring! She is 100% reliable; always up for another dog show.

At home, Jade is easy to live with, she has a gorgeous nature, she loves everyone and is first to jump onto an empty lap for a cuddle. Jade’s best friends are Louie, Keeta and India, the famous four as we call them! These friends are always having fun together.