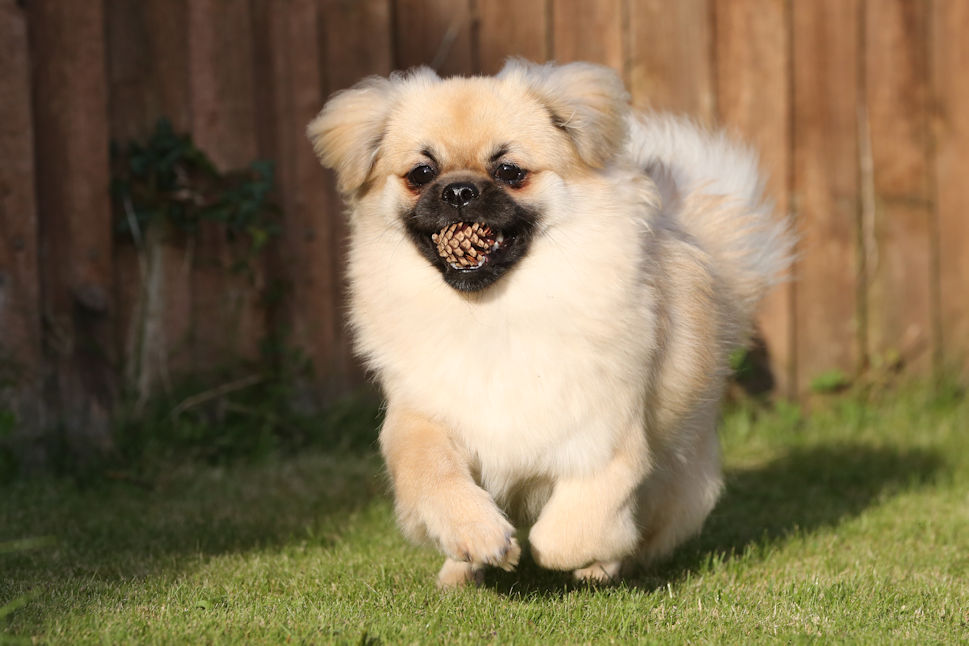 Louie is our latest Finnish import. Bred by our dear friend and very talented breeder Tiina Ramo, his sire is the well known Int & Multi Champion Ziestan Iki-Ihana, his dam is the beautiful Mow-Zow Princess Lilileian. He arrived in April 2017 and has become a much loved part of our family. Once again, we owe a huge debt to Tiina and also to Niklas Kalske, for bringing Louie safely to us. Niklas has become like one of our family, we both think the absolute world of this extremely talented young man.

Louie is a very special boy, he has a kind, sunny nature and he is full of fun; he loves everyone and has his own little fan club cheering him on at shows. He has become a polished showman, and has an impressive list of wins under his belt.. Louie has sired several litters already and his offspring are making themselves felt in the show world. His son Bear is already a Best in Show winner, at just 13 months of age.