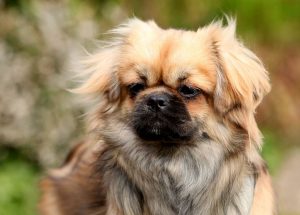 India is the daughter of our lovely champion girl Summer and the famous champion male Tibbylands Solo. Like her mother, India is a born showgirl and has had a successful start to her career. She has a sunny personality and is very easy to live with.

At home, India enjoys playing with her friends Louie, Jade and Keeta. The ‘famous four’ as we call them, are usually up to mischief somewhere in the garden!

India produced a girl and a boy pup in 2019 to Roope, her son, Red, remains here at Chenrezi, where he is much loved.