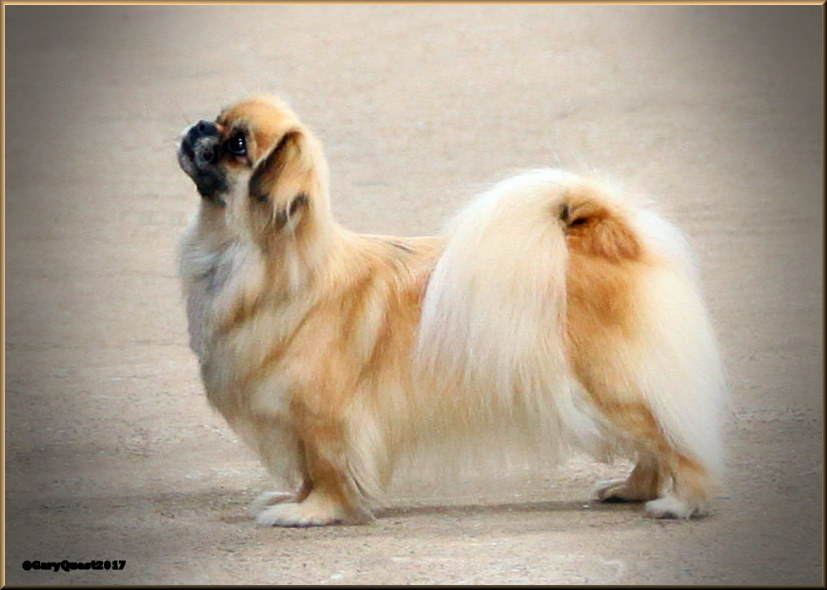 Summer is the daughter of our lovely shaded sable girl Missy and the handsome male Rosanley Ko-Ri. She took to showing like a duck to water, she absolutely loves it! Summer made her debut in Decmber 2012 and soon clocked up an impressive set of wins, including In January, at the tender age of just 6 months, Summer won Puppy Runner-up at the SW Supermatch 2013 under Meg Purnell-Carpenter. It came as no surprise that Summer gained her title with ease, she is a real show girl, with a great attitude.

Summer took time out of her show career to have a litter to Ch Tibbylands Solo. There was only one baby, but it was a very special girl, India, who was to become her mother’s double!

At home, Summer enjoys playing with her friends Solitaire and Faberge. She is a happy girl with a sunny nature, she loves cuddles with Daddy and also likes to curl up on the sofa with the rest of our girls.